BioSurgery turns one-sided sales talks into an engaging and informative experience. Show your customers how to applie your medical products in the right context. 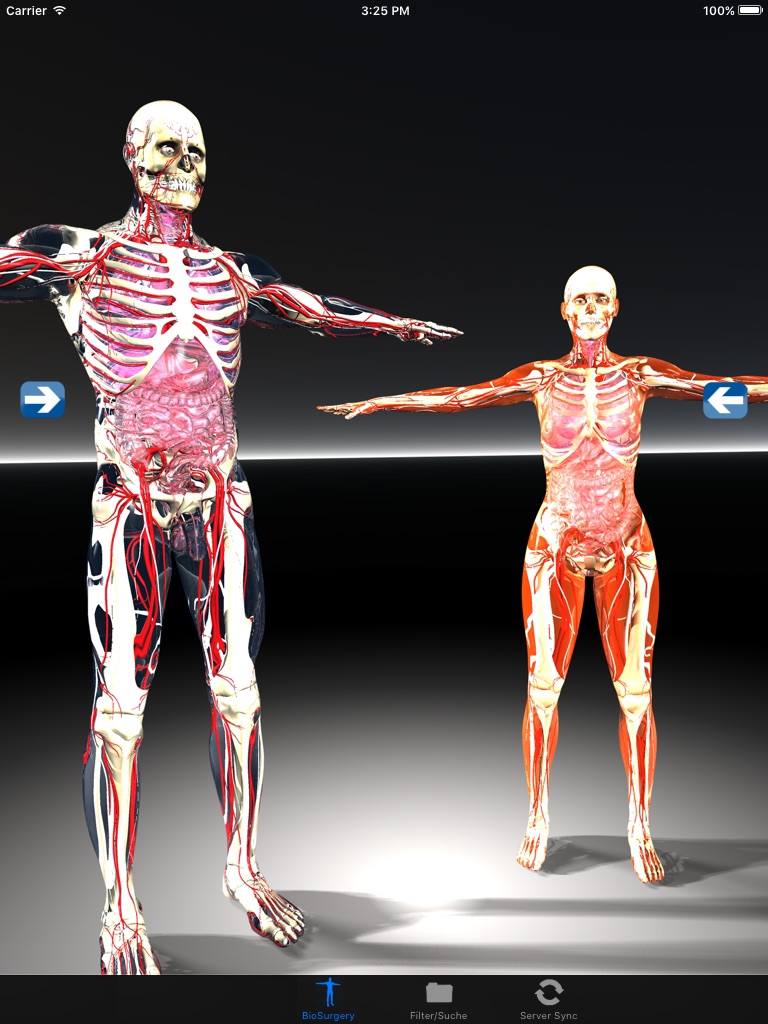 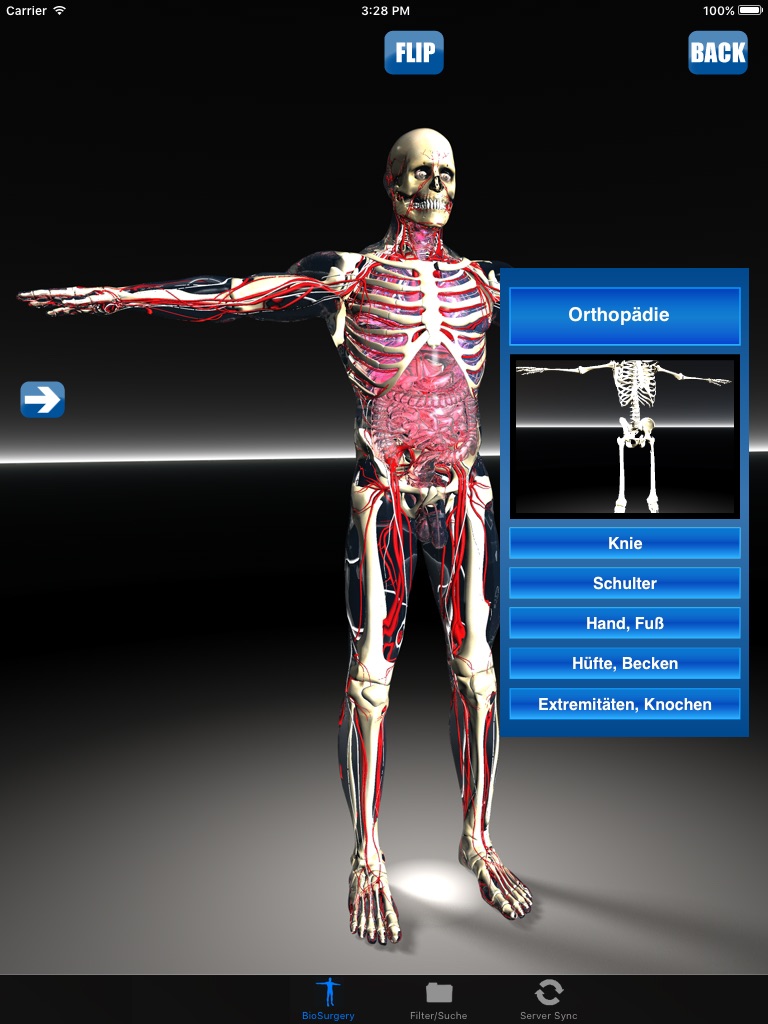 BioSurgery was planned and implemented even before the first iPad was available for purchase in Austria. The goal was to leverage the possibilites of the iPad, but since the iPad was brand new there was not much precedence available, a lot of the concepts involved had to be built from the ground up.

The first priority was to offer a visually engaging presentation of sales material which consisted mainly of videos showing medical products in action. These videos have been sorted by their application in specific parts of the body. To view a video from a brain surgery, you tap the head of the human on the main screen and the app zooms in on the head, fading out the skin, blood vesels, bones, etc. until the brain is visible on screen along with a list of videos of product applications in brain surgeries.

Resources, consisting of videos and documents, are managed by a centralized CMS and are synchronized to the app so that they are available for offline use.

The App was originally built for the first iPad with iOS 3.2 and was actively maintained until iOS 7, even receiving a major design update for iOS 7.

BioSurgery was awared the 2011 “Goldenes Skalpell” award in the category “E-Business/Online-Marketing RX”.